And we are back! No rest for the wicked. Serie D’s winter break is the shortest of the top four divisions here in Italy with only one weekend’s respite. This is due to there being no midweek matches in this D group and only a short break in February for the Viareggio Cup, an international youth tournament held in Viareggio, Tuscany, in which a Serie D select 11 participate.

During the festive interlude, head coach Lucio Brando spoke of his annoyance about the short duration of the break and confessed he would have preferred an extra week’s training with a midweek match placed somewhere in the calendar. After the final round of games on 22nd December, players returned to training on the 27th and had just 9 days to get their game faces back on. Surprisingly, no friendly games have been played in this time, but a two-day pre match stay near Desenzano got the players back into matchday routines.

Serie D fixtures are the exact reverse of the opening 17 games, meaning that first up was Calvina Sport 1946 who were demolished on the opening day of the season 5-1 at fortress Stadio Danilo Martelli. Calvina followed this up by gaining only 3 points in their first eight games, which ultimately led to the sacking of then manager Matteo Serafini. Since then, the transformation has been remarkable, finishing the first half of the season mid-table with 21 points. They are second in the form table since the change, winning 18 points, second only to Mantova with 19. It’s been a case of feast or famine for Calvina supporters, with 7 wins and 10 defeats; they have not drawn a single game.

Hailing from Calvisano, a small town just south of Brescia, it is more noted for its successful Rugby Union team who play in the TOP12 division. This is the football club’s second season in Serie D and it’s a club with ambition. Due to stadium inadequacies they are currently playing their home games 30km away in Desenzano, a lively tourist town on the south-west corner of Lake Garda.

They are hoping to make this part of the lake their permanent home and build the club and a fanbase around it. Their administrative offices are in another town nearby on the lake, Salò. They have a training centre in Brescia and the youth teams are based in Calvisano. It’s a club looking to keep its identity but change its location; a phenomenon not too uncommon in the harsh realities of Serie D and below. Money is scarce here and better financial sponsorships, access to young local talent and stronger sporting community ties are much needed and sought after. Clubs often merge and relocate for survival.

Mantova went into the game as Winter Champions; top of the league and top of the form table. Remarkably, for the past three seasons, the team heading the league at the half way mark have not gone on to win automatic promotion. It’s hard to see how that trend won’t end this year; a fourth consecutive season in Serie D for Mantova would require a serious meltdown.

A glorious, sunny winter day awaited the 500 strong away support, who had made the short drive north. This first game back had a real party atmosphere; it was a bank holiday weekend and the end to the festive period, which had started on the 13th December in Mantova with Santa Lucia Day (Saint Lucy), Mantova’s main gift-bearer for children. A DJ pumping out house records as if he was still at the nightclub from the night before buoyed the crowd up even more. It was my two-year anniversary following the club and the sense of anticipation was stronger than ever. The setting was beautiful with the snow-capped Alps in the distance and the hot mulled wine flowing. 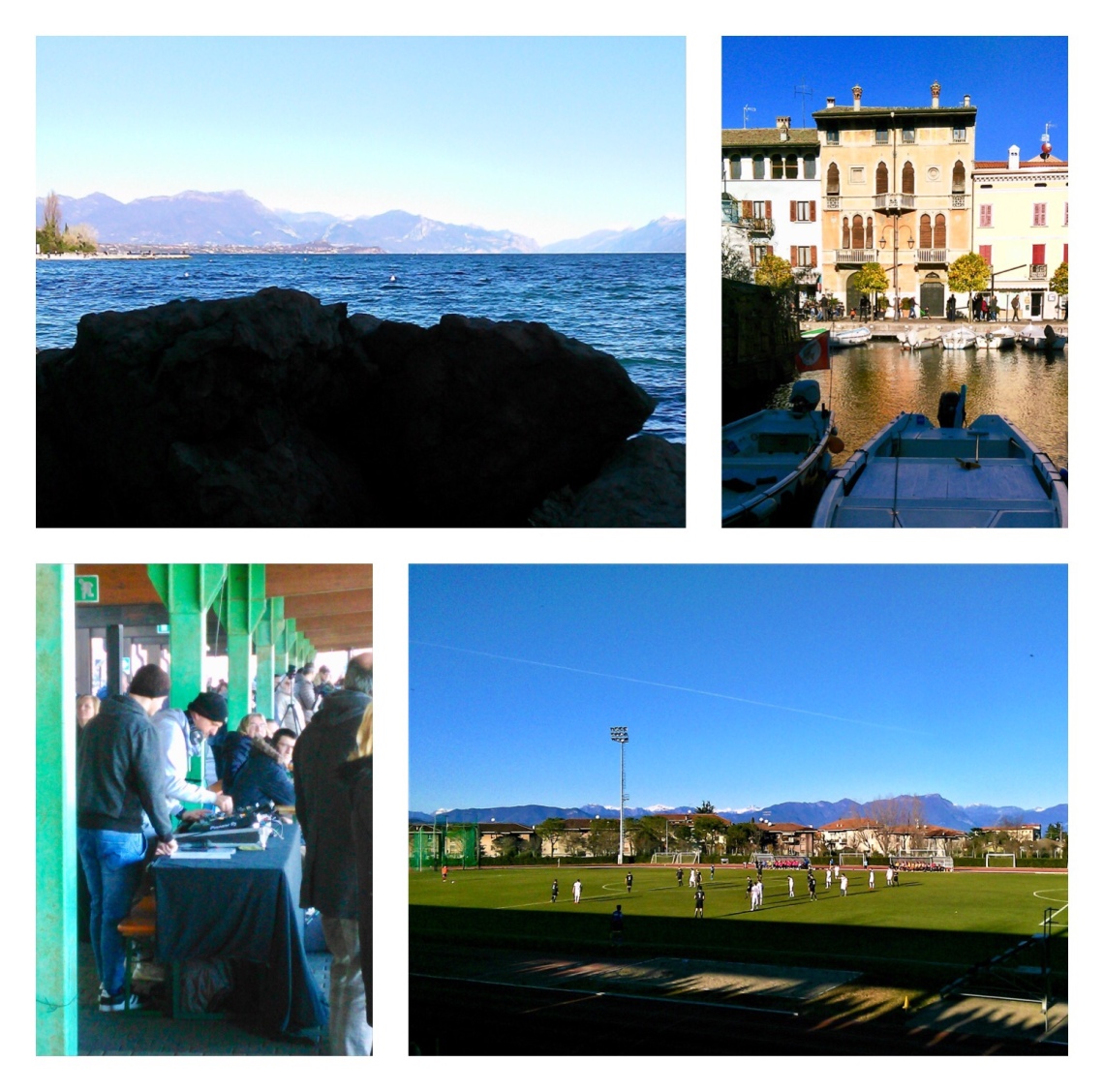 A frantic start to the game set the tone for the afternoon. Lots of corners and early pressure for Mantova got the Ultras banging the drum immediately, whilst an unbelievable 45-yard dipping strike from a Calvina midfielder was superbly tipped over by a backtracking Adorni. But with the start of the January sales the day before and the Three Wise Men bringing gifts for The Epiphany the day after, it was fitting that Mantova’s hitherto troublesome keeper was involved in gifting two soft goals. The first a cross-cum-shot that looped over his head into the far post. The second, a horror show. A simple backpass to retain possession was lost after he dallied on the ball for too long, before he left a flailing leg, bringing down the attacker. A clear penalty that was duly put away.

Before this, Mantova had twice taken the lead. First, after 11 minutes with an instinctive acrobatic flick by Altinier after good work from the ever-impressive right back Davide Galazzini. The second on 35 minutes, a rebound header by ‘Pippo’ Guccione after ‘Gigi’ Scotto had previously headed against the bar. Adorni did redeem himself with a couple of fine saves to keep the score 2-2 at half time.

But it wasn’t to be Mantova’s day. A missed first half penalty by Scotto was compounded with the early second half dismissal of debutant and new signing Paolo Dellafiore after 2 yellow cards for innocuous challenges. Despite going down to 10 men, experienced midfielder Luigi Giorgi and playmaker Nicola Mazzotti controlled the game in the middle of the park. With Galazzini bombing down the right channel at every opportunity, they made endless chances for the powerful strike force to finish the game off: posts and crossbars were hit, headers and shots fell agonizingly wide, and some good work by the home keeper left the biancorossi supporters with their heads in their hands, wondering how the game hadn’t been won.

But this was a positive and dominant performance that on another day would have been enough. It was a statement of intent that the title is to be won. The start of the promotion run-in is here. The fans are on board. The team looks unstoppable. The lead is now 7 points. Here’s to 2020, a year to C.

Travel Info: Milan-Venice Line. Station is a good 20 minute walk to the stadium.

Like what you’ve read? Catch up on Rick’s other travels with Mantova here.