On Sunday, I woke up to the news that the city of Mantova, the province and the rest of Lombardy was officially in lockdown for four weeks. I should have been going to Budrio, in the low lying plains north of Bologna, to see league leaders Mantova play Mezzolara. It would have been my second visit to the ground this season after the game against Progresso was moved there last November.

It should have been the first game back after Mantova’s maiden defeat of the season on 16th February. The next two scheduled games at home had been postponed due to Covid-19 concerns. That wasn’t a hard decision at the time, the two teams in question were Fanfulla of Lodi and AC Crema, both teams from towns at the the centre of the initial outbreak in Lombardy.

Games in Serie D should then have re-started on the 8th March, but were soon cancelled. Next, a date of 22nd March was fixed, with games to be played behind closed doors. But that was quickly put to bed too. Now, the league is suspended until 3rd April, the expected end date of the lockdown period.

Initially, training was suspended for clubs in the Lombardy region, but then allowed again, and then cancelled again. But it was allowed in other regions hence why Mantova decided to train in neighbouring Veneto. As the fixtures continued to be put back, re-scheduled and then cancelled again, it soon became clear that the optimism of football returning would be short-lived. Maybe, it was just as well. With the way the team had been playing and with a lack of training time behind them, I may well have been reporting on a second successive loss this week. 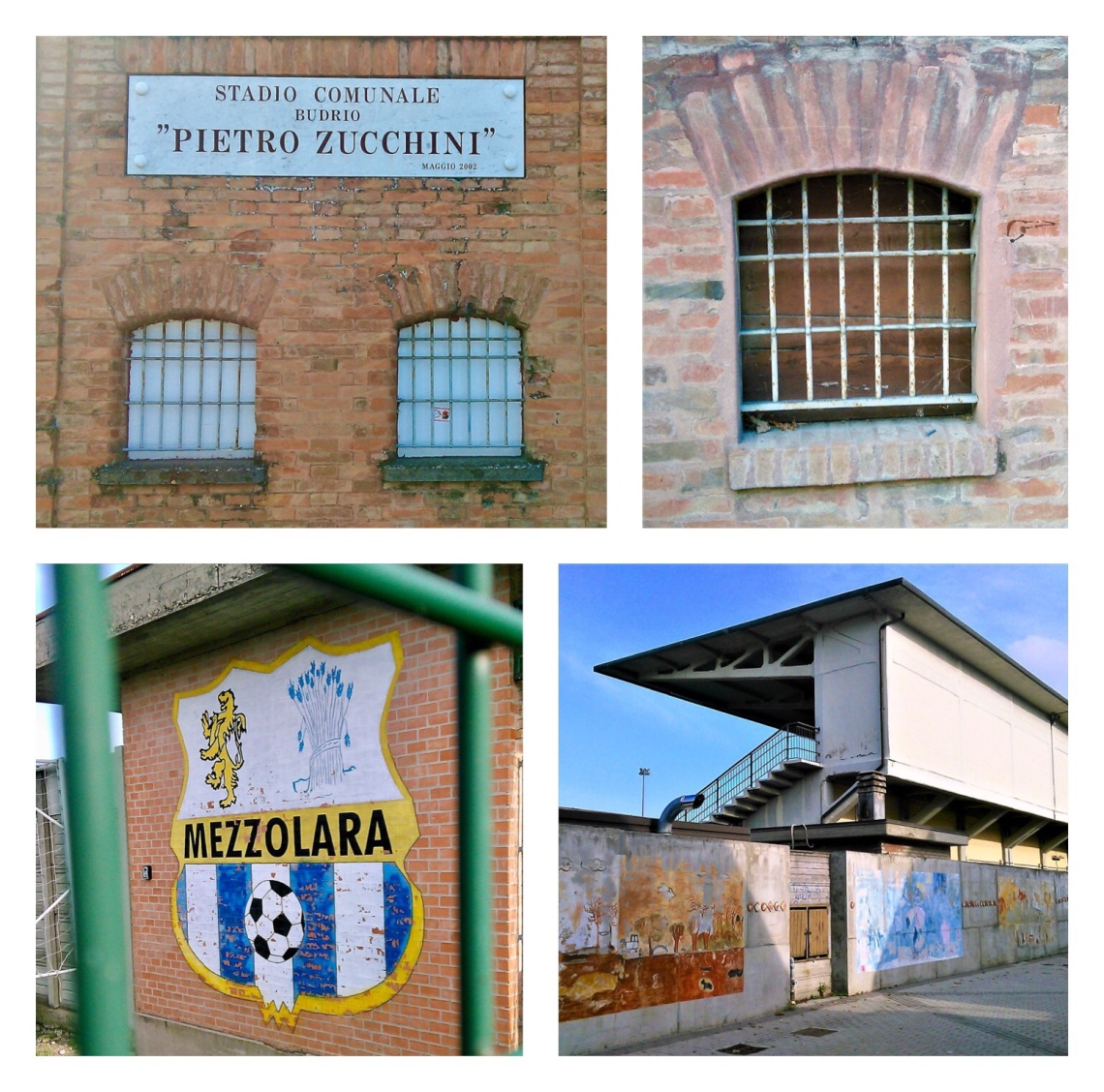 On Sunday, I would certainly have driven down across the peaceful, open plains and potholed provincial roads through Mirandola, Camposanto and San Giovanni Persiceto to get to Budrio. I could have stopped off and gone to visit the Ferruccio Lamborghini Museum in Funo where vintage models are on show or detoured slightly to the MUDETEC Lamborghini Museum in Sant’Agata Bolognese to see more modern creations and the production lines in use.

I most likely would have gone to an out of town food heaven named FICO on the outsikrts of Bologna that houses markets, restaurants, cooking schools, food production, even a 20,000 sq metre farm with live animals. I could have ordered one of the many great dishes that have made this region the food capital of Italy and the world: Spaghetti or Lasagna alla Bolognese, Tortellini, Tagliatelle, Mortadella, and much more.

After a jam packed morning and lunch, on arrival I would have come down Via Dei Muratori (“Bricklayers Lane”) and seen, again, the radiant red brick walls that have surrounded the ground since it was built in 1926. I would have had to crouch down and greet the ticket office staff through the prison-like iron bars which guard the hole in the wall. I would have passed through the historical entrance point, with its grand archways. Well, grand for a small of town of 18,000 residents. And I would have got my usual pre-match beer and place on the temporary stand alongside 200 other Mantovani under the spring sun.

I would have visited yet another example of what Serie D and lower league football represents in northern Italy. A club born out of passion and dedication, placed in the middle of the community. I would have seen a ground sat adjacent to primary and middle schools with ginnels, lanes and walls full of children’s art about local life and sport. I would have seen cool graffiti murals of Italian and international sporting greats. I would have seen other sporting complexes, outdoor basketball courts and play areas in green parks that help to provide safe areas for children to develop their physical and social skills. And I would have seen the odd pizzeria and restaurant, as there always is in these small towns around the grounds.

I would have seen the name of local legend, the late Pietro Zucchini, everywhere. Under his presidency, Mezzolara rose from 8th level football to Serie D in just 11 seasons. Despite returning to 5th tier Eccellenza soon after his death, the club has been ever present at this level since 2004. After an excellent first half of the season they have somewhat faltered after the winter break, though currently lie in a respectable 7th position. That is where they will stay until at least the first weekend in April. 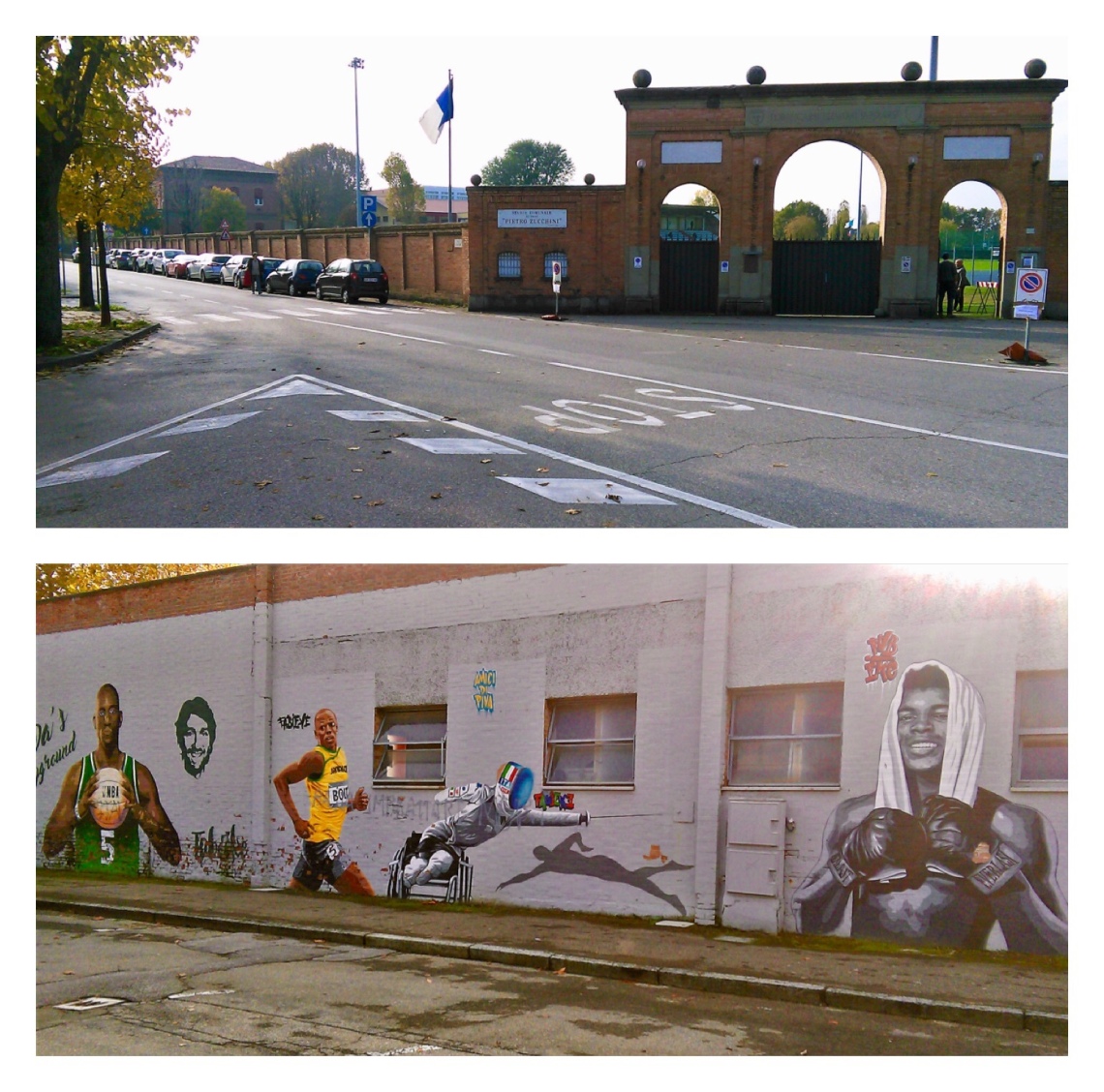 The whole of Italy is now officially in lockdown. All domestic football championships and tournaments have been suspended at every level. Training for lower league clubs who are not part of the professional ranks is also forbidden, this includes Serie D and Mantova. Players are training at home on running machines, indoor bikes and using free weights. If games do return in a few weeks, a third pre-season of the campaign will get underway. If not, it is hoped Serie D will re-start on 26th April. It’s an unbelievable and unprecedented situation. A roller coaster season full of ups and downs is starting to take on a whole new dimension.

Our daily freedoms and lives have suddenly changed. Movement is limited and only authorised for urgent work or health reasons. If you have any illness or flu-like symptoms then two weeks isolation is mandatory. We are to stay at home and avoid any kind of public contact. A stroll with the dog or some jogging is allowed, as long as a distance of one metre is kept from others. For many, a trip to the supermarket once a week is their only escape.

The sense of civil responsibility is coming to the fore though and Italians, hugely adaptable and resourceful, are following the rules. Cities are deserted. Many shops and services had already closed voluntarily before the latest decree stopped them from operating. Teachers and office workers are adapting to working from home. Factory closures are happening where safety measures can’t be met. Roadside police checks are handing out fines for unnecessary movement. Only supermarkets, pharmacies and essential services are staying open.

The message is clear: let’s stop the spread of this virus together. And play our part in reducing the ongoing strain on the health service. We are staying at home together – #iorestoacasa. We are cooking and eating together. We are listening to music and singing together on our balconies. We are connecting online and keeping in touch with each other. We are watching artists perform live. We are laughing at videos and memes of the situation. We are donating money to hospitals for new beds and services. We are strangely ok with it all and taking it in our stride. We are all believing #Andràtuttobene – ‘Everything will turn out just fine’.

Tourist Info: http://www.orizzontidipianura.it/eventi_ricerca.php – for all events

http://www.renogalliera.it/elementi-per-homepage/calendario – click on the date for that day’s events

Catch up on Rick’s other writing on Mantova’s season so far here.